Close
Back to all news Sign up to our newsletter
Insights

Dropped objects (drops) are an increasing risk in the Nordic oil and gas industry, according to recently published data.

A report published by the Norwegian Petroleum Safety Authority in March this year, revealed that the number of reported drops incidents on the Norwegian continental shelf increased in 2021, when compared to the previous year.[1]

Worryingly, the report also showed an increase in the number of drops incidents that resulted in personal injuries.

We spoke to Morten Alstadsæther, managing director and Thomas Sekse, tender & project manager at MSS, a Norwegian distributor of Dropsafe products. They told us how the new data shows that even in the Norwegian oil and gas industry – which has among the best safety standards in the world – there is always more that can be done to further improve safety

We also discussed how Dropsafe products compare with competitors’ offerings, whether the oil and gas industry could do more to address drops risks, and what their advice is to those concerned about how to address the issue.

Hi Morten, Thomas. Thanks for talking to us today! First off, could you explain how your partnership with Dropsafe developed?

Morten Alstadsæther: We have been supplying the oil and gas industry for more than 20 years and have been working with Dropsafe since 2019. We distribute Dropsafe products in Norway, but many of these Norwegian firms also operate in China and Singapore, which broadens our international presence. The offshore industry has been the main target for us – we have relationships with the oil companies and service providers, as well those responsible for industry safety.

We initially saw that the Dropsafe Barrier was of a much higher standard than the barricade product we previously supplied. It’s much easier to install, easier to understand, and it also has better documentation. Dropsafe offers a more complete drops prevention package with its Helideck Perimeter Safety Net and the Secondary Securing Nets. 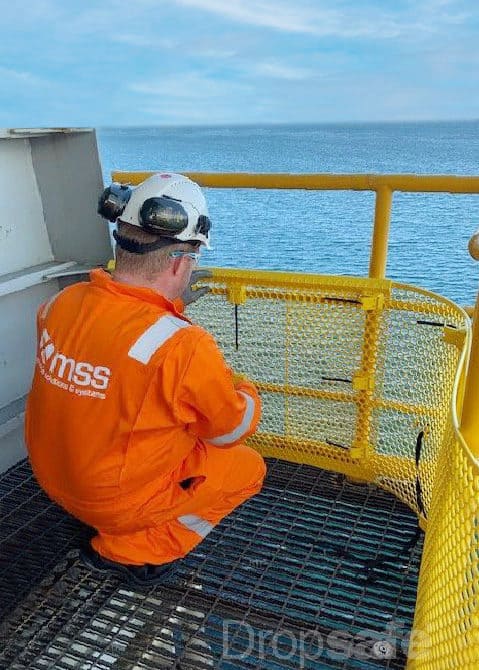 How big a problem are drops in the North Sea?

Thomas Sekse: There was research conducted by the Petroleum Safety Authority Norway that there had been a negative trend regarding falling objects in the North Sea – that is, the number of falling objects are increasing. It was quite surprising because it is an issue which is talked about a lot, but apparently there is something missing. More action is required to turn around the trend.

Any theories as to why drops incidents are increasing?

Thomas Sekse: In general, there has been a practice in Norway of securing equipment offshore using slings or other makeshift solutions rather than nets. But we’re also seeing newer installations that are very much affected by the weather and harsh conditions offshore. We’ve also seen recent installations with securing devices that have suffered from corrosion. Another problem is Dropsafe products are not always used so we’ve seen poorer quality solutions used.

How does the Norwegian market’s approach to drops differ from other markets?

Thomas Sekse: I would say in general, Norway and especially the oil and gas sector has among the world’s highest standards in terms of safety requirements. I think Norway is up there, but of the incidents that do occur, dropped objects represent a big proportion, even though the total number of incidents is low on a global scale.

Morten Alstadsæther: I think the industry is perhaps getting blind to the risks. Platforms generally have high quality equipment, but you should have more barricades and nets and other safety equipment. Rig managers know this is a ‘no-brainer’, but sometimes other considerations take priority.

How are clients’ demands changing when it comes to drops risks?

Morten Alstadsæther: We’re seeing more and more clients coming to us wanting to buy the Dropsafe Nets, and this is shown by the number of quotes we’ve provided in the last six months. Procurement of the nets is becoming easier than ever, which is helping to drive adoption.

Thomas Sekse: The Dropsafe product has clear advantages over competitors in terms of its quality. The Dropsafe Nets are manufactured to smartly fit all types of fixtures. The new ‘2.0’ nets have the triple-action carabiner and the RFID tags that help to systemise checks and inspections. Furthermore, it’s a really easy system to install; you can do the installation yourself rather than hiring a company to do it for you.

What would be your advice to clients concerned about drops prevention?

Thomas Sekse: We recommend that they carry out a safety inspection of the areas of concern. That way, we can assist them by recommending products and solutions to increase the safety in those locations. Dropsafe have a lot of expertise to offer in this regard and we have given guidance on how dropped object risks should be handled.

Morten Alstadsæther: Accidents are happening, and we can do something about it. We need to challenge the industry to perform extra checks on a daily basis. You should always have a second look and consider whether there’s anything more you can do. We, as an industry, need to keep our eyes open. 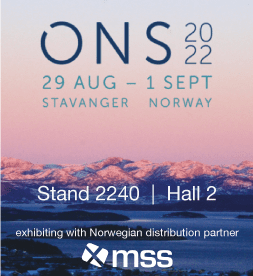