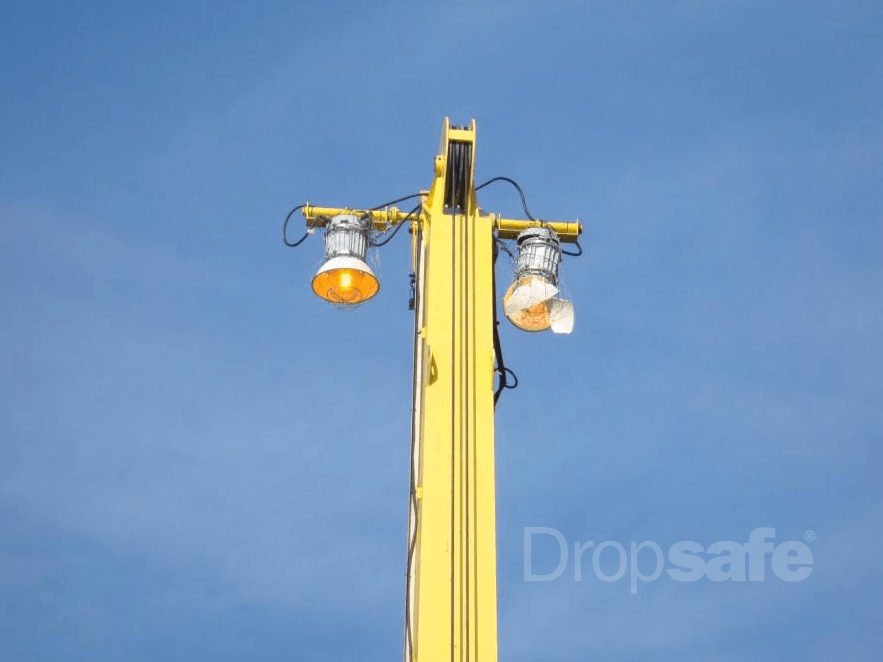 The light was fitted to a post which had previously been identified as heavily corroded, but no corrective measures were taken. The floodlight was located in an area exposed to vibration and the marine environment. Whilst no crew members were hurt in this incident, they mark serious near-misses that may otherwise have resulted in a fatality.

Should an object such as a floodlight be located at a site exposed to the environment, retrofitting a security attachment such as steel netting will prevent a Dropped Object incident. It is also essential that objects and fittings previously identified as corroded and posing a risk of Dropped Objects are categorised as dangerous and be removed or rectified.

A Dropped Object prevention solution, such as a steel securing net, would have prevented this floodlight from falling to the deck by forming a secondary attachment to the post structure.